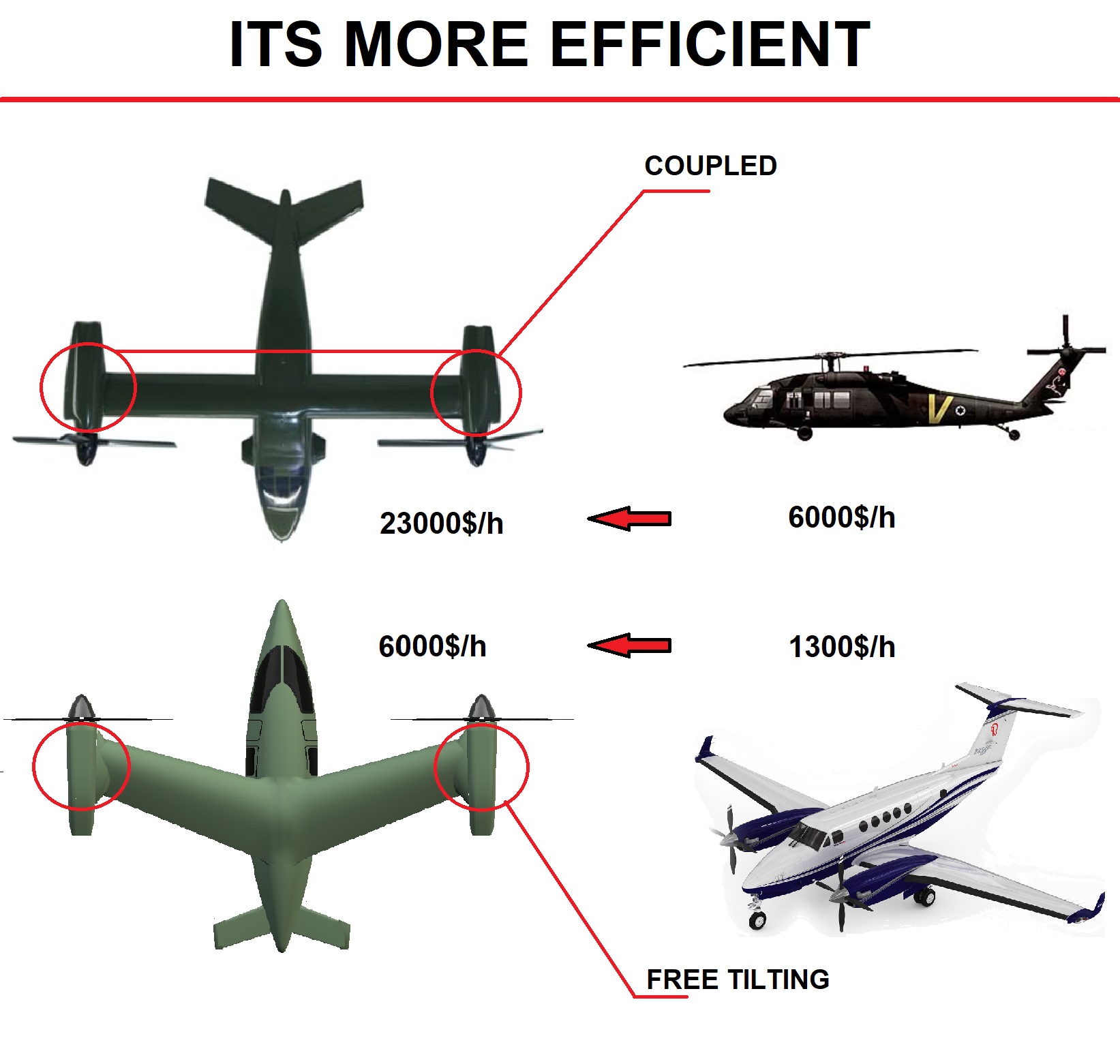 * Simple sample of rotor diameter capabilities : V-22 Osprey and F-35B , both have approx same weight. The first with large rotors, capable to lift also large loads, the second with much smaller fans, capable to lift only itself while have much more powerful engines.

* NASA studies – tiltrotors are “the best configuration for the commuter looking to avoid congestion in the typical urban setting”.

* General aviation experience: airplane with 2 large engines is much more effective than with 4 small.

* NATO is looking for next generation faster rotorcrafts with 5000 – 10000$ flying costs/1h. Only efficient tiltrotor is capable to reach such targets.

* The current tiltrotors are based on technologies, that have developed and matured over last 50-70 years. Based on helicopters flying control principles – cyclic /collective with coupled x2 rotor tilting heads, each with swash plate mechanics. Such system, with much complex components have very high VTOL aircraft flight costs – 23000$/1h.

* JETCOPTER tiltrotor construction with x2 independently tilting rotor heads is without expensive and complex helicopter components. Such VTOL aircraft will have less than 8000$/h flying costs compared with 23000$/h of recent tiltrotors.

* Tiltrotors (VTOL airplanes) with much reduced operational costs capable highly increase use cases options – tiltrotors not only for defence, but as general aviation as well.