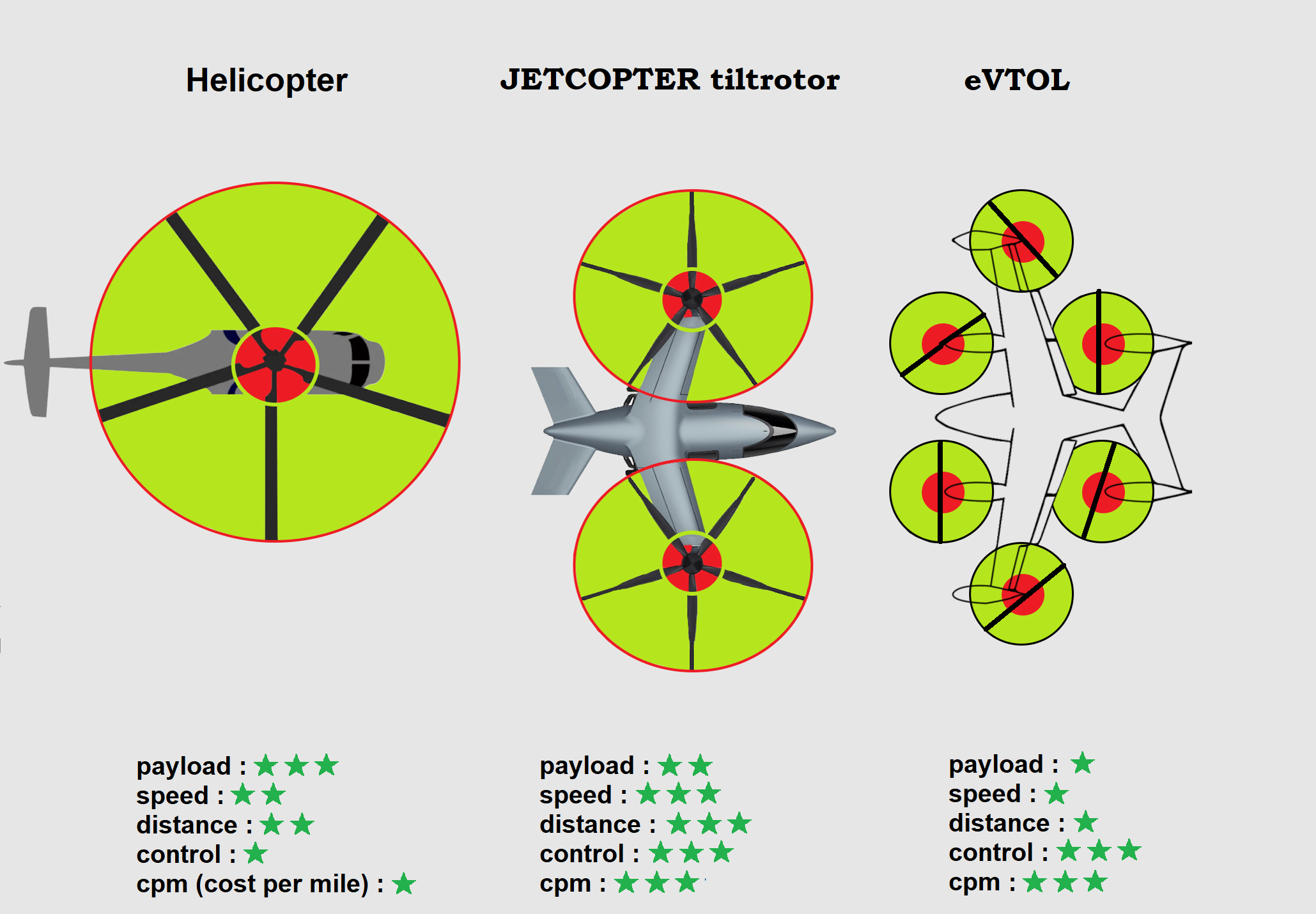 After a decade of excitement around the layout of a multi-rotor VTOL aircraft, aerospace experts are drawing attention to tiltrotor aircraft. Despite their great capabilities in military fields, apparently, the tiltrotor design will also have excellent options in UAM ,  AAM ( as electric ) and RAM (regional air mobility) as a hybrid. Thus, one VTOL design can start dominate the entire VTOL industry.

Tiltrotors , what do we know about them ?
Not much . while aerospace experts describe them :
Key takeaways:
* The tiltrotor configuration achieves the highest performance on multiple metrics across other VTOL configurations. It has the smallest physical footprint, highest speed, smallest total mission (block) time, and the lowest maintenance cost per mission.

The VTOL technology is developing further and JETCOPTER tiltrotor design opened the next level capabilities for tiltrotors flight efficiency and safety. Working long time on improving recent tiltrotors issues , JETCOPTER achieved the impressive results – from a large weight reduction due novel mechanics for VTOL stabilization , novel rotor tilting mechanics to the many other advantages , that will make the fast and powerful VTOL efficient as turboshaft airplane. From the eVTOL to the Urban air mobility , hybrid to the Regional mobility , turboshaft to the military versions – everywhere speed, efficiency and safety is in priority . The picture shows the efficient rotor area for helicopter , JETCOPTER and eVTOL as well as capabilities (more stars – better).
So far tilrotor design collects more stars than any other VTOL layout.