HERE'S WHY THE TILTROTORS WILL BE THE NEXT BIG THING.

HERE'S WHY JETCOPTER BET ON TILTROTOR , BUT MUCH MORE EFFICIENT.

Picture below shows the efficient rotor area for helicopter , JETCOPTER and eVTOL as well as capabilities (more stars - better) . 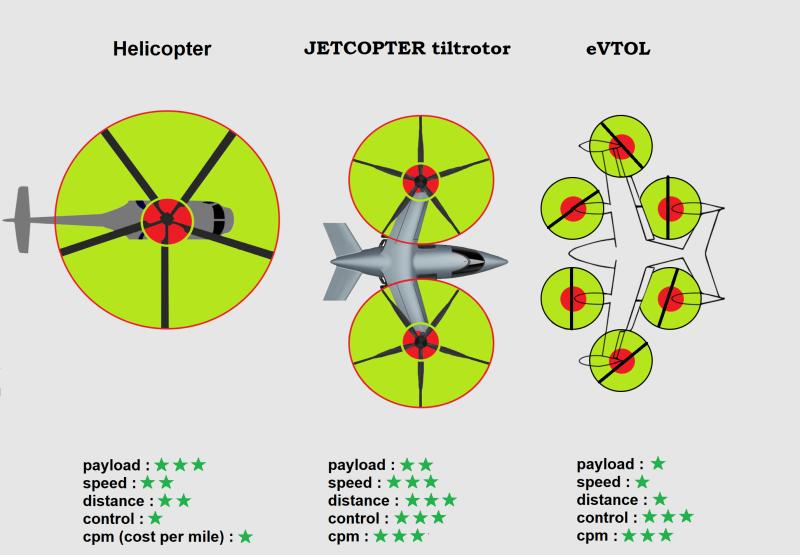 After a decade of excitements around the eVTOL aircraft, aerospace experts drawing attention to tiltrotor aircraft. Despite their great capabilities in military fields, apparently, the tiltrotor design will also have excellent options in UAM , AAM ( as electric ) and RAM (regional air mobility) and as a hybrid. Thus, one efficient tiltrotor design will start to dominate the entire VTOL industry.

The tiltrotor configuration achieves the highest performance on multiple metrics across other VTOL configurations. It has the smallest physical footprint, highest speed, smallest total mission (block) time, and the lowest maintenance cost per mission.

Working on improving recent tiltrotors issues , JETCOPTER achieved the impressive results - from a large overall weight reduction ,new OEI , novel rotor tilting mechanics to the many other advantages , that will make the fast and powerful VTOL very efficient with very low operational costs. From the eVTOL to the Urban air mobility , hybrid to the Regional mobility , turboshaft to the military versions - everywhere JETCOPTER tilrotor will find its place. 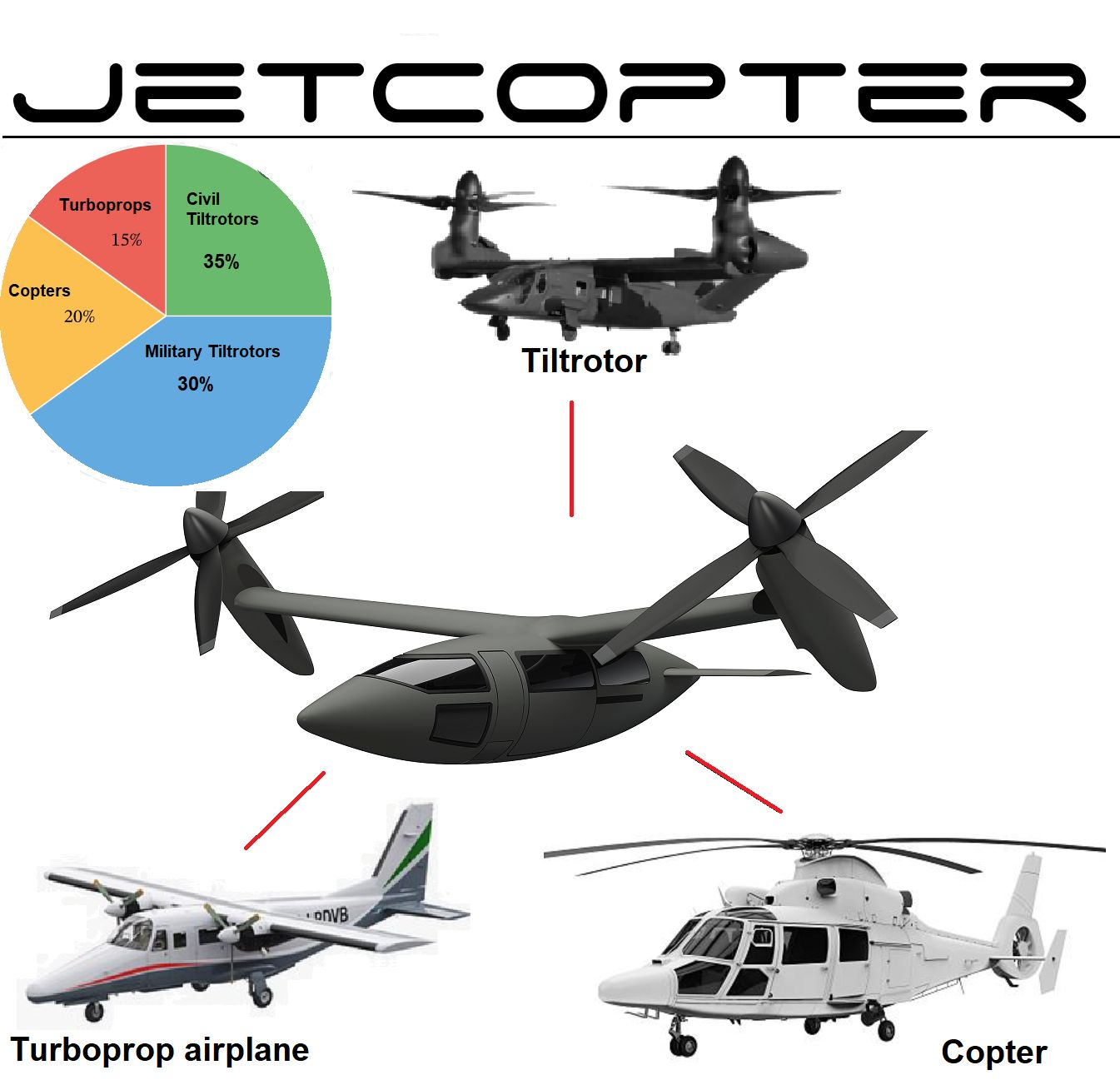 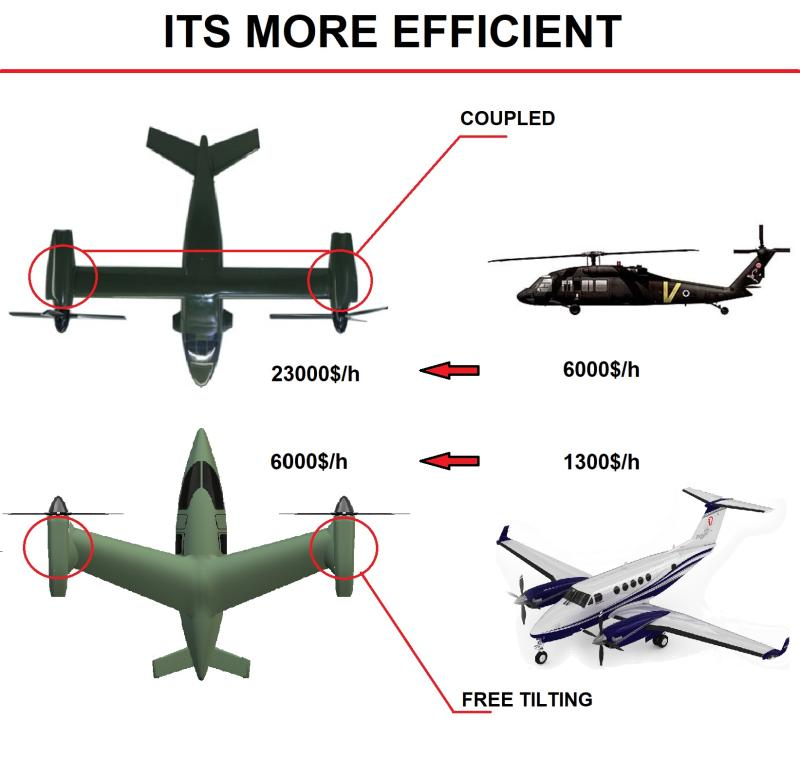 We live in the exciting period - helicopter epoch declining after 100 years of domination and the tiltrotor epoch inclining. Firstly innovations always goes to defence - military adopt them very fast. They already for long time in searching for helicopters replacement. Very soon society , general aviation will understand , that only tiltrotors are sustainable VTOLs , capable to lift far more than 4 eVTOL seats and thus are economically effective VTOL's.Large rotors always will win in VTOL .

Recently there is only one tilrotor manufacturer in the world - BELL. AW609 by Leonardo was made in cooperation with BELL.

Where do we will get tiltrotors ?

The world tiltrotor production is very limited and aircrafts are very expensive . For example BELL VALOR V-280 , capacity 14 troops , initial price is $27 000 000 (possible lower at later stages) , LEONARDO AW609 price is between $20-30 000 000 , so all tiltrotors are extremely expensive . While having better performance - higher speed and longer flying distance JETCOPTER tiltrotor will be more affordable - till $15 000 000 . Such price level will allow to attract much more customers and allow to be JETCOPTER project very profitable.