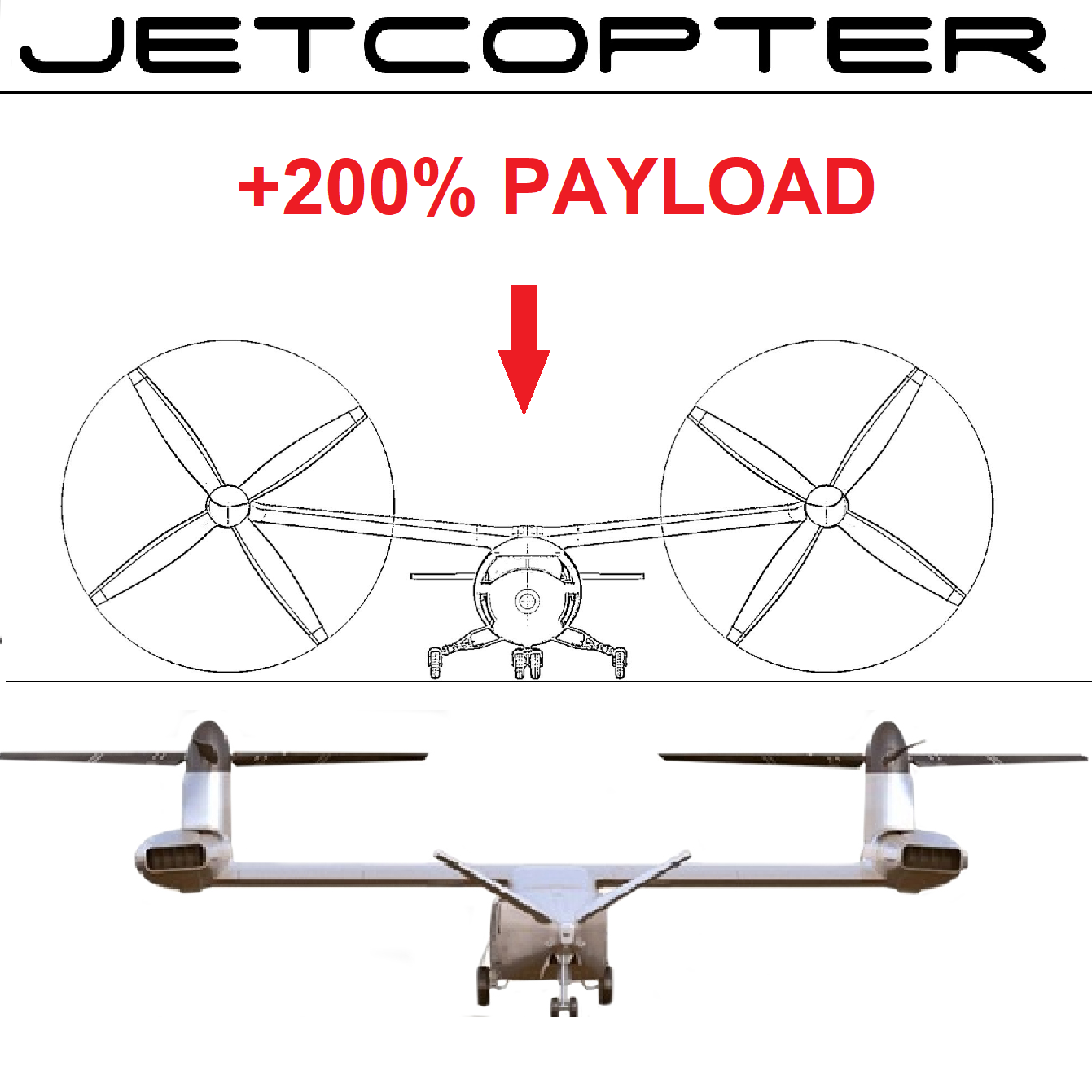 Despite JETCOPTER tiltrotor military version will have several very important key features like bullet prove fuselage , lowest detectability level, zero IR emittance option and even ”ghost mode” for special missions, it will have one more special feature even more important than the others – FULL CTOL ( conventional take-off and landing ) capability.

Yes, JETCOPTER – the only tiltrotor to be capable for full CTOL. What does this will mean to the VTOL aircraft ?

The largest weights could be lifted only by aircrafts in CTOL mode.

From the beginning tiltrotors were not designed and aren’t capable for CTOL mode, because of too large proprotors diameter. The heavy tiltrotor need a large diameter proprotors and such can’t be used for CTOL as simply will touch the ground if tilted vertically.

The different engineering will allow to use V shape wing , which will allow to lift proprotors from the ground to be ok to use them vertically in CTOL mode.

So what advantages for CTOL mode for VTOL aircraft ?

Much more efficiency, more use cases. For longer missions aircraft could take more fuel on board, for special missions much more valuable payload. As very fast tiltrotor, capable to take off in CTOL and to land in VTOL will push the performance and use cases boundaries for VTOL aviation.